Some reasons why Hera Syndulla rules 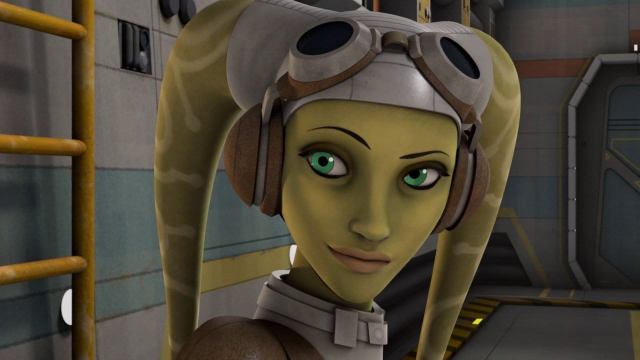 Hera Syndulla from Star Wars: Rebels is awesome for many reasons. She’s a great leader, who isn’t perfect, and doesn’t always succeed, and sometimes believes in people more than they deserve, and when she does succeed, it’s usually by being smart, determined, selfless, and brave — good character traits of her mind and heart — and not merely by being a talented pilot, which she also is. I could write for days about what a great, inspiring character she is, regardless of her species, skin color, and gender.

But Hera’s achievements hit different because she’s a green-skinned Twi’lek woman. Before Rebels, if you thought of a Twi’lek at all, or specifically a Twi’lek woman, or very specifically a green-skinned Twi’lek woman, probably the first one to come to mind was Oola, the enslaved dancer at Jabba’s palace. But now you probably think of Hera first, because she totally flipped the script for people like her. Her story, and that of her father, helped give Twi’leks back their agency.

And you realize that every enslaved Twi’lek — every enslaved sentient, full stop — is both a personal and family tragedy, and also a colossal loss of potential for the galaxy. Which is not a terrible object lesson from the use of slavery as a trope in Star Wars.

This entry was posted in Star Wars. Bookmark the permalink.